You are here: Home1 / Ponderings2 / South Africa Loves Back 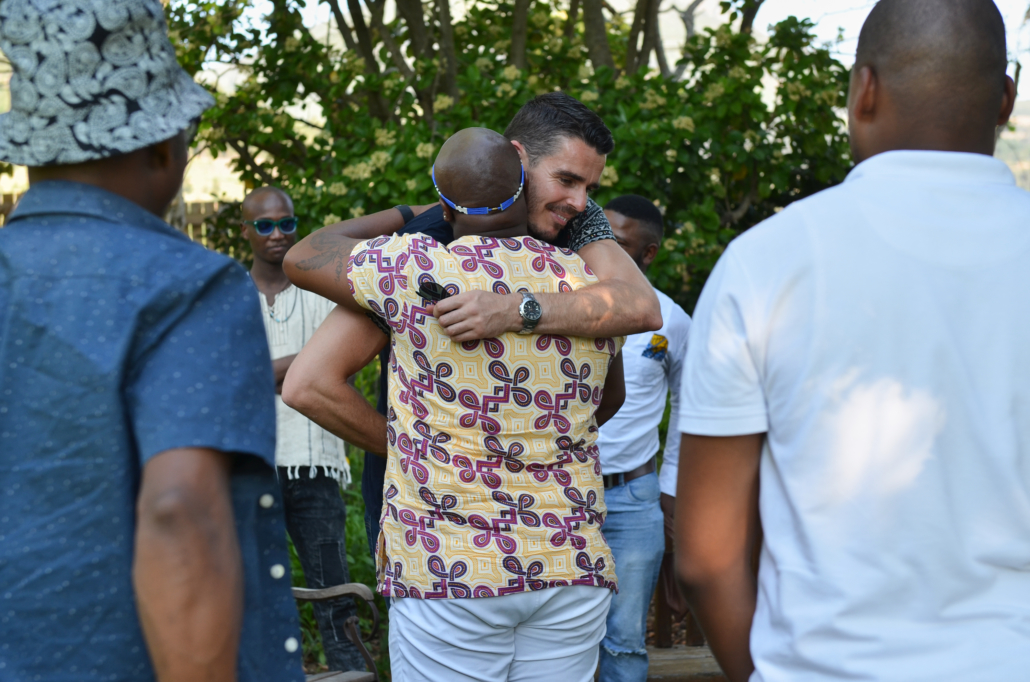 Recently I found myself explaining to a young black friend of mine that white South Africans are feeling especially fearful at the moment. Many are thinking earnestly about leaving and making a life elsewhere. Many are joining groups like ‘SA Women Fight Back’. “Really?” she asked with genuine curiosity. “I had no idea”. She said this as she held her six month old son in her arms whose father had been brutally murdered when her baby was just two weeks old. Trauma, we discussed, is the water that most black people swim in daily and white people, like myself, only dip in to now and again. I don’t say this with judgement, but only to share what I have been thinking about…

Twenty years ago, we embarked on a journey of healing, led by wise spiritual elders. The stories we heard jarred us, opened our hearts and gave us a mirror that reflected our nation’s soul. But that journey got interrupted. It was put on pause and we have not been back to look under the carpet. Indeed, the mound has only growing bigger.

During the Truth and Reconciliation process, heartfelt stories were shared and listened to. Often deep listening can be transformative, can be enough for bringing what was hidden away, what we do not want to look and engage with, out in to the light of day. When we listen well we are not hiding or fading or fixing each other’s pain but simply and quite powerfully allowing it to be. There is healing in this and people like Father Michael Lapsley have continued with story sharing circles at the Institute for the Healing of Memories. How potent is the symbol of this man with metal pincers for hands doing the work of ministry? Of Nelson Mandela wearing a Springbok #5 jersey? Having tea with Tannie Betsie Verwoed? These acts are and were deliberate, radical and truly brave.

Many white people in particular speak despairingly about a lack of leadership in our country but it was not only our country but our generation that witnessed what transformational leadership looks like and how it responds. Leaders like Amy Biehl’s parents who could see the anguish in the eyes of their daughter’s killers, who felt it and undertook to address that. Healing comes when we resist the urge to turn away from pain, our own or others, and do the counter-intuitive thing. Healing comes when we don’t separate ourselves, when we stop pointing fingers and look within to determine what is being called of us. The experience of witnessing leaders (be they well-known names or ordinary people who gave testimony at the TRC) who did this, over and over again, is still visceral for us. Like the memory of the day we watched Nelson Mandela walk free and felt the stirrings of hope.

How we long to realise freedom in the country that we love so dearly. To be released from the shackles of pain and guilt, fear and despair that we feel with great intensity at the moment. This is what shamans like Johnny Clegg enabled for white people in particular. I believe our leaders have shown us a way and it begins with listening deeply to each other. Not to apportion blame, to fix or to remedy but to feel and release and in so doing heal and transmute. It’s both extraordinarily hard and very simple at the same time. It is, I believe, the work of our generation and there has never been a better time to begin again in earnest.

It is my work and I must own this, for if I don’t, our collective pain will be transferred to my children and their children, like knowledge in the blood, as Professor Jonathan Jansen wrote. Let’s not fight back, let’s love back. Let’s not speak back, let’s listen. Let us say enough is enough, and begin with ourselves. We who have been privileged to witness some of the finest leaders this world has ever known are being called, each and every one of us, to take on the mantle of leadership and become agents of healing. Fighting, fleeing or simply staying frozen are not options for me. I know what I choose. Will you join me?